VITA is Canada’s premiere online lifestyle magazine, with a group of seven free, savvy, online e-newsletters in major Canadian cities that target educated, affluent women who are starved for time and hungry for information.

The magazine (formerly known as Vitamin Daily), was founded in Vancouver in 2004 by Sarah Bancroft and Tara Parker Tait. The brand expanded swiftly across Canada with the subsequent additions of a national Moms + Kids edition and newsletters in Toronto, Calgary, Edmonton and Montreal (both English and French language). Today, the company continues to be based in Vancouver with a team of journalists and editors in each of its city markets.

With elevated editorial standards, VITA has become a go-to source of information for Canada's most influential women. As the readership has grown, so has the reach of the e-newsletters and website, and since 2008, VITA has worked with some of the biggest brands in the world to create campaigns that are both effective and engaging, building key relationships with major advertisers and agencies.

VITA continues to stand by its TRUE editorial mandate (Trusted, Remarkable, Unmistakable, Essential) and aims to be in the inbox of every woman who wants to be in the know, by working with the most sought-after brands in the world, continuing to champion local artisans and retailers, and providing an abundance of work to journalists, writers and bloggers across the country.

2012: Report on Business magazine names the company one of nine "New Media Allstars."

2013: VitaminDaily.com is acquired by Glacier Media Group, joining GMG’s substantial holdings in both print and digital media, which include Social Shopper, Business in Vancouver, The Vancouver Courier and The North Shore News. This new partnership has allowed VitaminDaily.com to leverage and accelerate subscriber growth on a much larger scale.

2016: Sarah Bancroft steps down as editor-in-chief of VITA and VitaminDaily.com to pursue a sabbatical abroad. Lifestyle writer and editor Kelsey Klassen (Westender) is named as her successor.

2016: VitaminDaily.com rebrands as VITA, launching a new collective vision for the two publications.

2017: After four years as managing editor and upon her return from maternity leave, Noa Nichol takes the reins as editor-in-chief of VITA magazine and VITADaily.ca. 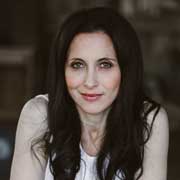 Noa started editing at a Vancouver-based gardening magazine where she learned that a) she doesn't have a green thumb and b) she loves playing with words. A Ryerson Journalism grad, she's edited everything from travel glossies to shopping guides, business weeklies to industry mags. She's also a contributor on a range of topics to publications like Alive, Business in Vancouver, Flare, Flavours, Modern Dog, Real Weddings and Vancouver View. 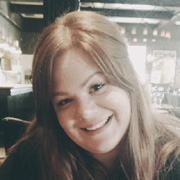 Madison is an art director and interior stylist—all things design are right up her alley! After graduating from Emily Carr University of Art + Design, she worked as a creative director at Homes & Living magazine, where she discovered how strong her passion for editorial design truly was. While she now manages the brand at Urban Barn, VITA is her favourite monthly "art" project. 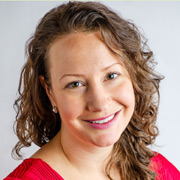 Prairie girl at heart, Rachel was raised on a farm in Saskatchewan with most days spent scrawling in her journal or with her nose in a Nancy Drew book, trying to avoid chores. After finishing school in B.C., she pursued event planning and later television production before studying journalism at Simon Fraser University. Lover of travel, Rachel has backpacked through India, Southeast Asia, Europe and North America, developing culinary interests and dabbling in scuba diving along the way. A proud Vancouverite, she is also a freelance lifestyle writer with a focus on travel, health and beauty. 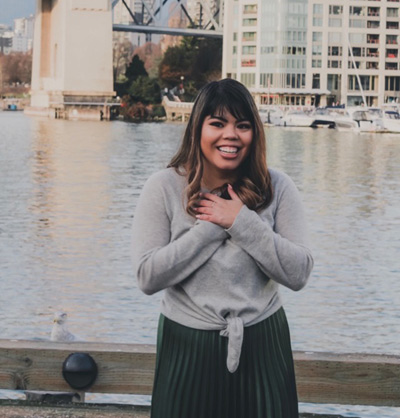 Vicki graduated from Blanche Macdonald with a diploma in fashion merchandising and has been trying a variety of different jobs within the fashion industry for more than a decade. From wholesale and distribution to styling and working wardrobe for Madonna, she started blogging as a way to share her industry experience online ... which eventually lead to her to writing for VITA. When she isn't content creating, she spends her free time trying out the newest workout trends, playing with makeup at Sephora or trying to convince someone to split dessert with her. 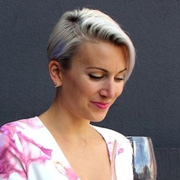 A veteran in the restaurant industry and an English teacher by trade, Laura's debut into the world of wine is a mash-up of accident and fate. Passion and circumstance allowed her to forge a women-led trifecta team of sommeliers at Vancouver’s Chambar Restaurant, and she gets her daily fix of grape-soaked language as Vita Daily's national wine editor. Join Laura as she sips and assimilates with poetic agility into Canada's wine culture, baring words, penchants, discoveries and the secrets of the grapevine.

Aileen Lalor is a freelance writer and editor, specialising in beauty and lifestyle. Born in Ireland and raised in the UK, she knew from the moment she picked up a pencil that she wanted to tell stories. After dabbling in educational publishing and internal communications, she moved to Singapore, where she discovered that beauty was her beat. Now based in Vancouver, she continues to write for Singaporean magazines and websites and is also a contributor to Vancity Buzz and The Vancouver Sun. 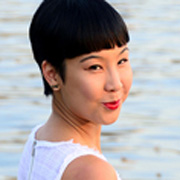 Marketer by day, writer by night, what Miranda loves best is working with the written word. She covers the latest restaurant and store openings for VITA while her fashion, lifestyle and travel writing has also appeared in MONTECRISTO, BC Living, Huffington Post and more. When she’s not working on copy or content, Miranda loves spending time with her better half, cooking Italian and pan-Asian dishes and scoring amazing deals when consignment shopping. 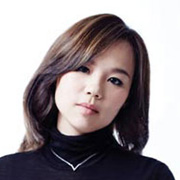 Isabel Ong is a freelance journalist from sunny Singapore. Armed with a BA in English literature and an insatiable curiosity for life, she has published stories on fashion, beauty, travel, home décor, food and the arts for Singaporean and Vancouver-based magazines and websites. When not writing, you'll find Isabel checking out cool coffee joints, getting a barre workout done and hunting down adorable Shih Tzu Instagram accounts to follow. 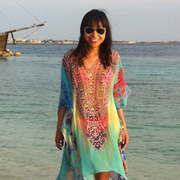 A Montreal native, Karen's called Toronto home since graduating with a marketing degree from Concordia University. After completing her certificate in magazine publishing at Ryerson University, she worked for Style Ideas, FQ and Teen Glow, and was health and lifestyle editor at Flare. Karen now spends her time exploring the world (her itinerary is often dictated by where she can have her next great meal) and training for marathons—all while working as a freelance writer covering everything from fitness to beauty for many of Canada’s top magazines and websites. 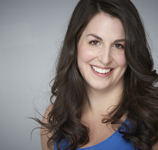 Christine will tell you that she’s not really into makeup—but the overflowing contents of her bathroom tell a different story. Besides a borderline obsession with skincare and beauty products, she has a soft spot for style and online shopping, so that she landed as an Editor at LOULOU after completing a BA in Journalism at Concordia University comes as no shocker. Although she’s dabbled in the world of food writing ( hello, RICARDO! ), pretty, shiny things continue to enthral her. ( Oh, and her brand new baby isn’t too bad either.) 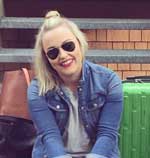 A born and raised Ontarian, Sara has spent close to the last decade exploring Canada. She holds a bachelor of journalism from the University of King’s College in Halifax as well as a Popular Culture degree from Brock University. She has finally planted her feet firmly in Calgary as a travel and lifestyle editor and writer. In her spare time she travels and obsesses her lifelong debate: bangs or no bangs? 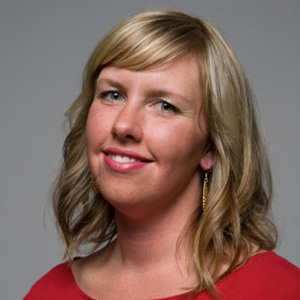 Miranda Post is a recovering Vancouverite who recently traded her soggy gumboots in for frosty Sorels and moved to Edmonton. Since graduating from UVic, her love of the environment, sunshine and local food has translated into stories about township community gardens in South Africa, desert hotels and hiking trails in SoCal and 100-mile foodie hotspots in the Comox Valley. Her writing has appeared in the Canadian Press, Vancouver Sun, Dazed and Confused, Inside Vancouver and Homes & Living. When not writing, you can find Miranda learning how to cross-country ski with her hubby and rosy-cheeked tyke in tow or searching for the flakiest croissant in The Chuck.

Choose your editions
Get a daily dose of VITA delivered right to your inbox!
You can unsubscribe or contact us any time.